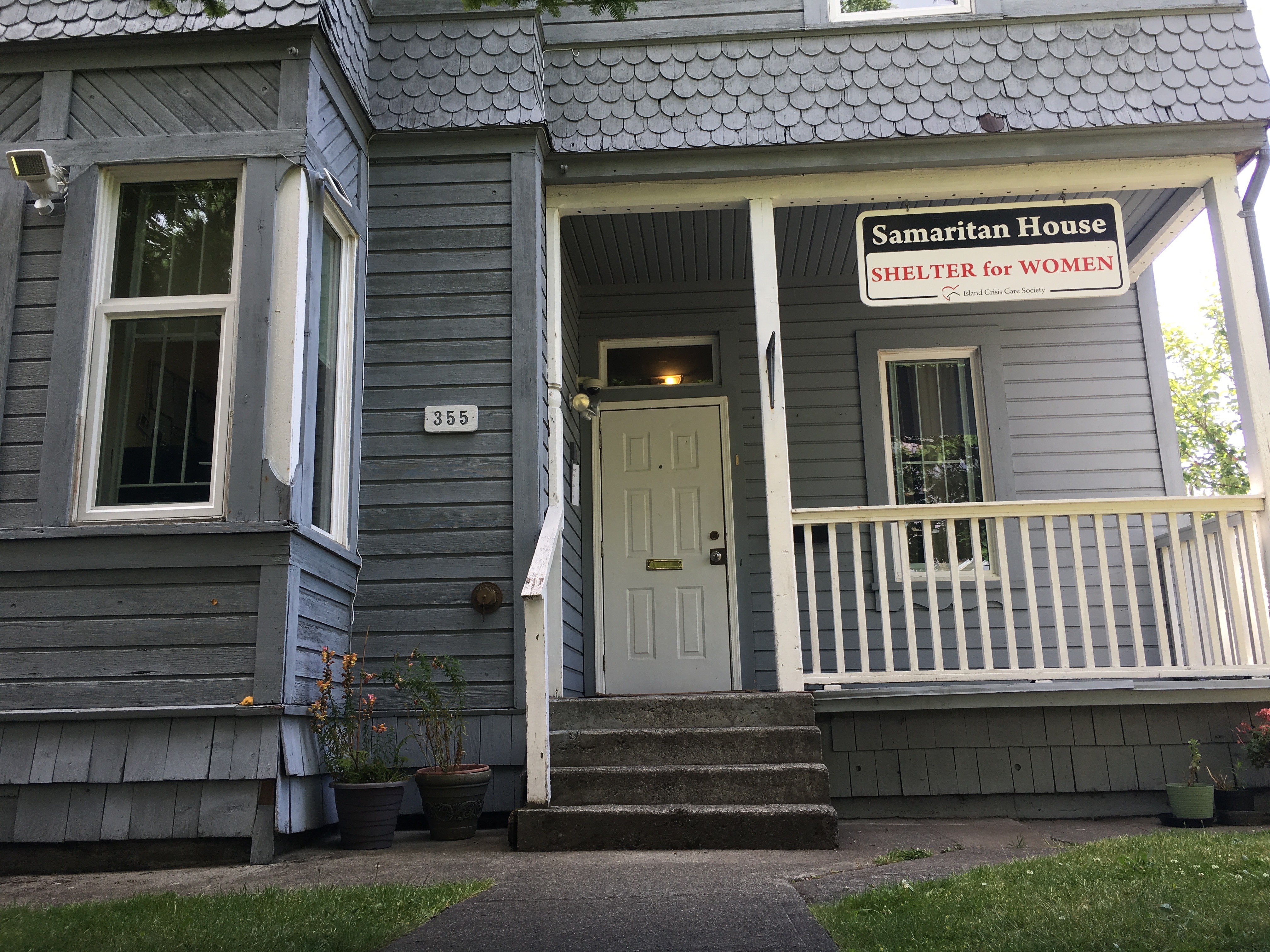 The idea was simple. Offer free hugs and give an opportunity for people to donate money to buy underwear and pyjamas for women who are homeless. K’reen Kerr, her daughter Keoni, and her friend Brynn Logan headed down to Maffeo Sutton Park one Saturday in 2016 and after a few hours the donation basket had $229.00 in it!

“One guy was at the park with his wife and 4 daughters, he was shocked when we told him why we were doing it. He dropped a $100 bill in the basket! I think he was thinking, what if it was one of his daughters.” And the truth is that every woman who arrives at an emergency shelter scared and alone is someone’s daughter, mother, or sister. K’reen heard about the need when a friend on Facebook shared a news article from the Bulletin about unusually high demand at Samaritan House.

Who needed hugs on Saturday? Middle aged women, kids, and elderly folks, mostly. K’reen was surprised at how many kids came up for a hug, and she was moved by their unself-conscious response. That day Oceanside Church and the Salvation Army had been offering a fun event for families at the park called, “Love Your City,” and one woman offered a teary promise that her church group would do more to support the shelter. This is the power of spontaneous generosity like that shown by K’reen, Keoni, and Brynn — it raises awareness and creates ripples of compassion and kindness.

Missed the hugs but still want to be part of the ripples? You can donate online by visiting our Canada Helps Donation page.